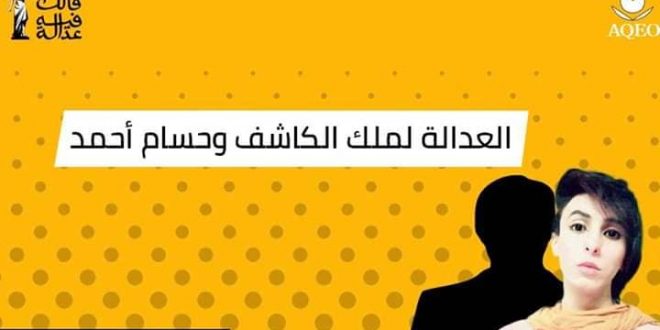 Malak Elkashif is an Egyptian Transwoman, and Hossam Ahmed is an Egyptian Transman who were arrested by the Egyptian authorities for participating in protests that followed the the Egyptian railway station explosion incident in at the first of March. Hossam Ahmed was arrested from a cafe in Cairo’s city center with his friends. Malak Elkashif was arrested from her home.
Social media users shared news about arresting Malak after her appearance at one of the national security agency in Egypt, there were lots of fears that Malak and Hossam may face and harassments and sexual assaulting by the Egyptian police, which is known for its violence against the whole LGBTQI+ community in Egypt, especially the point of putting Malak in a men prison or Hossam in a women prison.
According to the Egyptian Center for Economic and Social Rights, the prosecution of Malak and Hossam extended additionally for 15 days under the charges of “supporting terrorist organizations and the misuse of social media websites in inciting crimes against the law.” Concerns were raised among those interested in the case of Malak and Hossam about the type of jails the Egyptian government had put Malak and Hossam in and to what extent they were consistent with their gender identity.
The Egyptian Commission for Rights and Freedoms lawyers explained that Malak Elkashif was placed in solitary confinement at “El Haram” police station, Giza after being moved from the national security agency.
A lawyer at the Egyptian Center for Economic and Social Rights explained that Hossam is still being held at Abidin police station in a women’s jail, stressing that Hossam was being bullied in custody. The Egyptian Commission for Rights and Freedoms issued a statement condemning the Malak’s exposure to forced anal examination and sexual harassment by some of Ministry of Health employees and called for the immediate cessation of this practice. Several lawyers met with the head of the Supreme State Security Prosecution to demand the right of Malak Elkashif and Hossam Ahmed to continue thier treatment under medical supervision.
In 19th March, Malak Elkashif was remanded for another 15 days in solitary confinement.
Solitary confinement is an additional punishment in itself for detainees, Hossam Ahmed is still in Women’s jail.
#UnjustJustice #IDAHOT2019
Previous Gender and Sexuality
Next World Health Organization removes transgender from list of mental disorders